We are all excited about Halloween because it will be our first Halloween in the States and also our first time Trick or Treating. My sis-in -law opted to buy costumes for my kids, she ordered via online at Walmart but unfortunately when were about to pick up the costumes the Batman costume for my youngest son turns out to be a large Frankeinstein costume! We're very disappointed about that, we also looked around the store but didn't find any Batman suit (my son loves batman alot and he doesn't want to wear any costume, I feel bad for him :(

Good thing my son have batman shoes, shirt and mask. So I let him wear those, and the Trick or Treating begins. Here's some snapchats of my little superheroes, Batman and Robin. 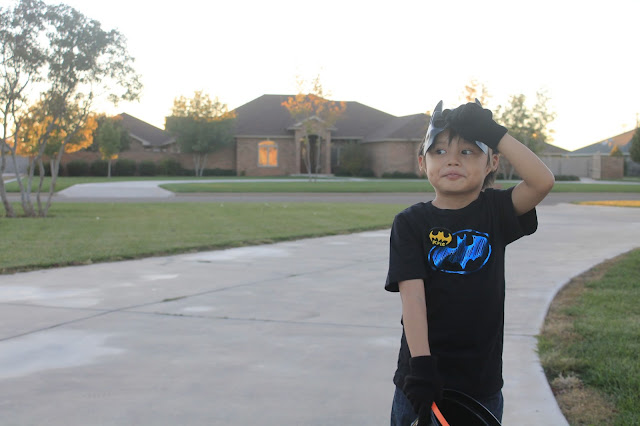 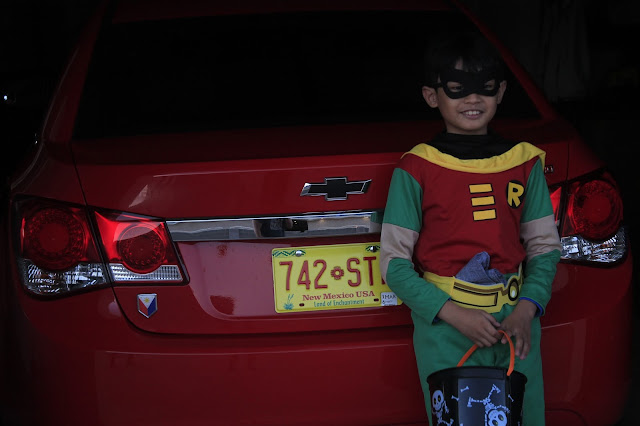 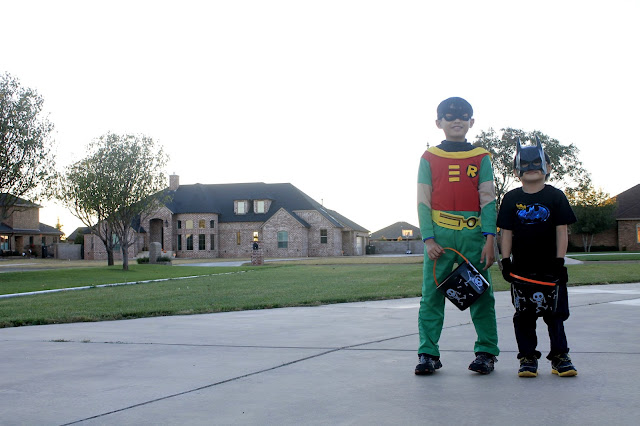 Batman and Robin (Robin bigger than Batman, LOL!)
Glad that my eldest son is lenient and kind to his brother and willing to be the Robin. 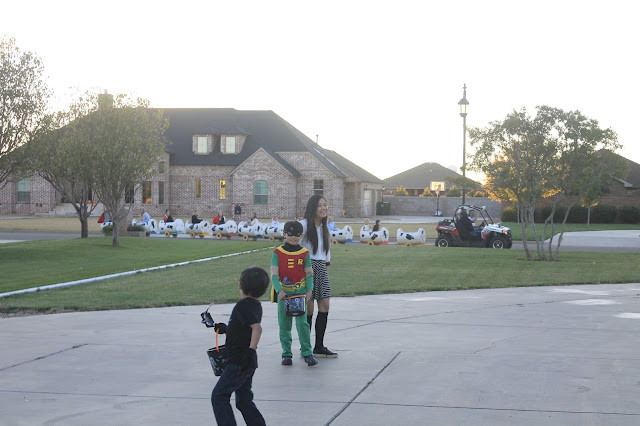 We're so excited that we headed out early! Look there's a train with people in costumes! 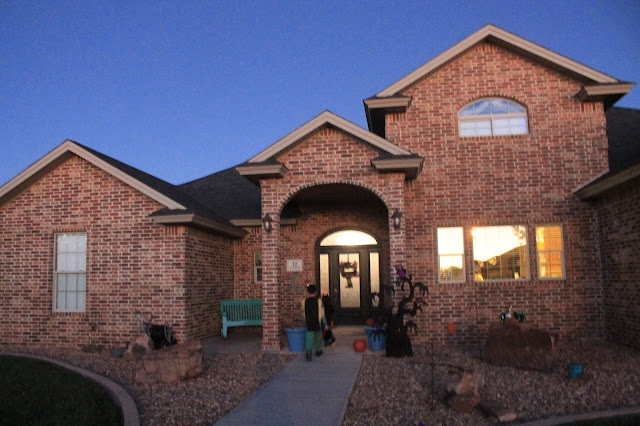 Batman and Robin: Here we go! 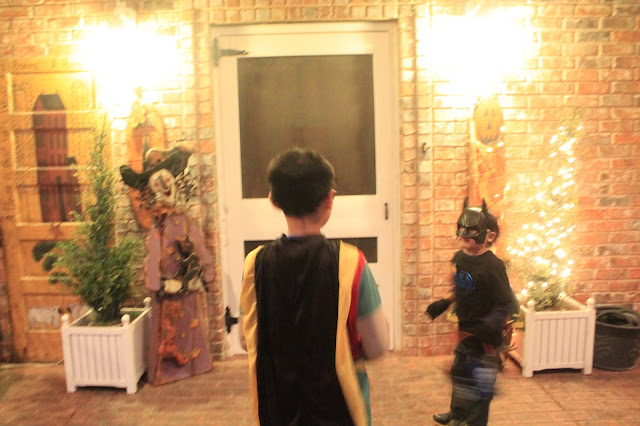 Some chitchats while waiting for the people inside to open the door and give them treats. 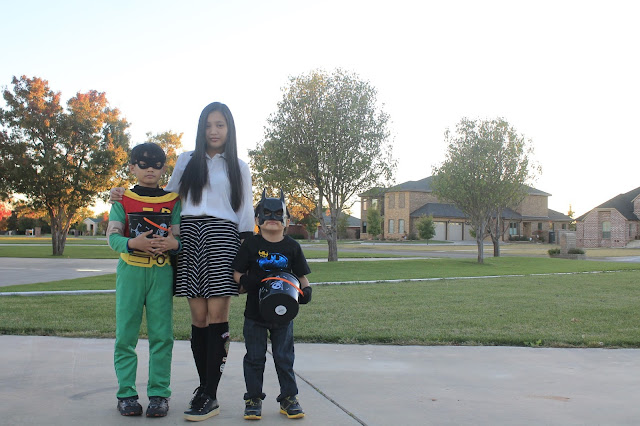 With my little superheroes <3

It was indeed an unforgettable first U.S Halloween experience for us, we had so much fun walking around seeing houses with beautiful halloween themes. My kids were a little bit scared with the scary costumes of the trick- or- treaters we've encountered but overall we enjoyed and we're looking forward to celebrating Halloween next year. Time to indulge their Halloween Treats :) 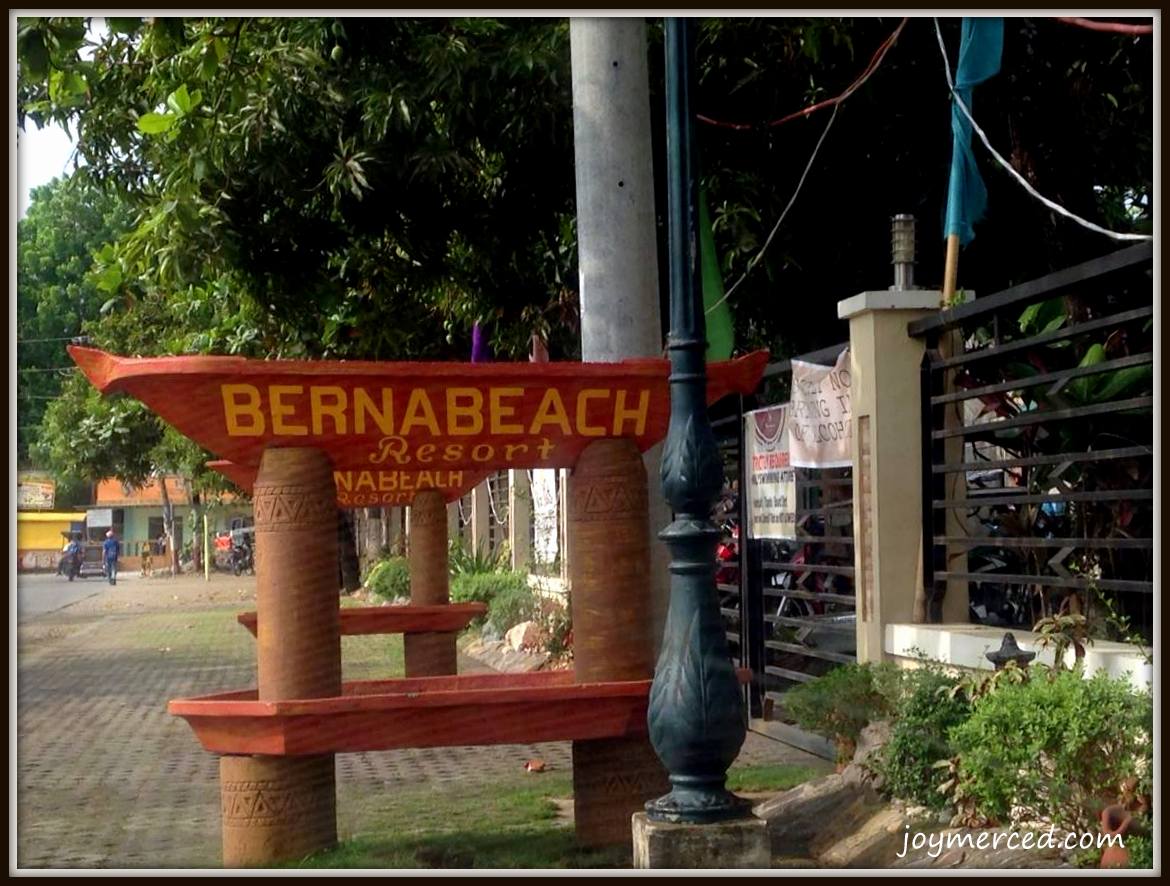 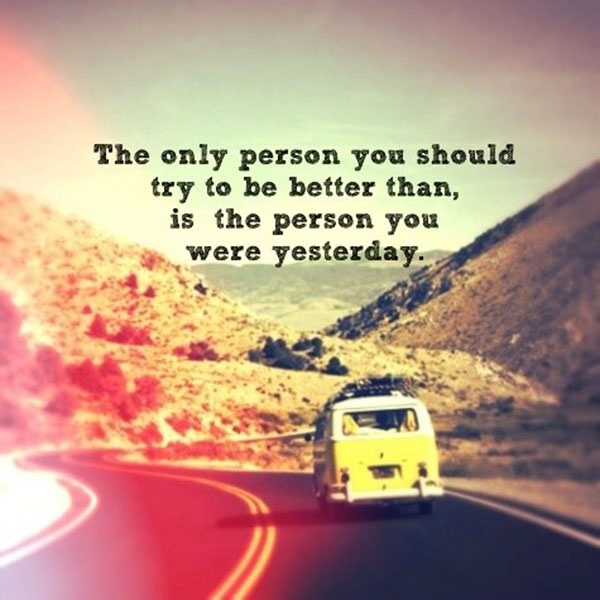 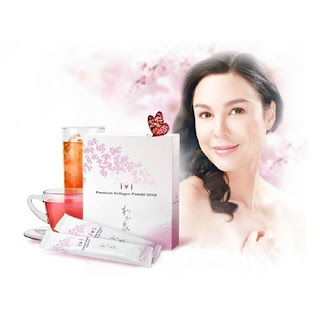